Sharing the Joy of Creation - Chicory: A Colorful Tale 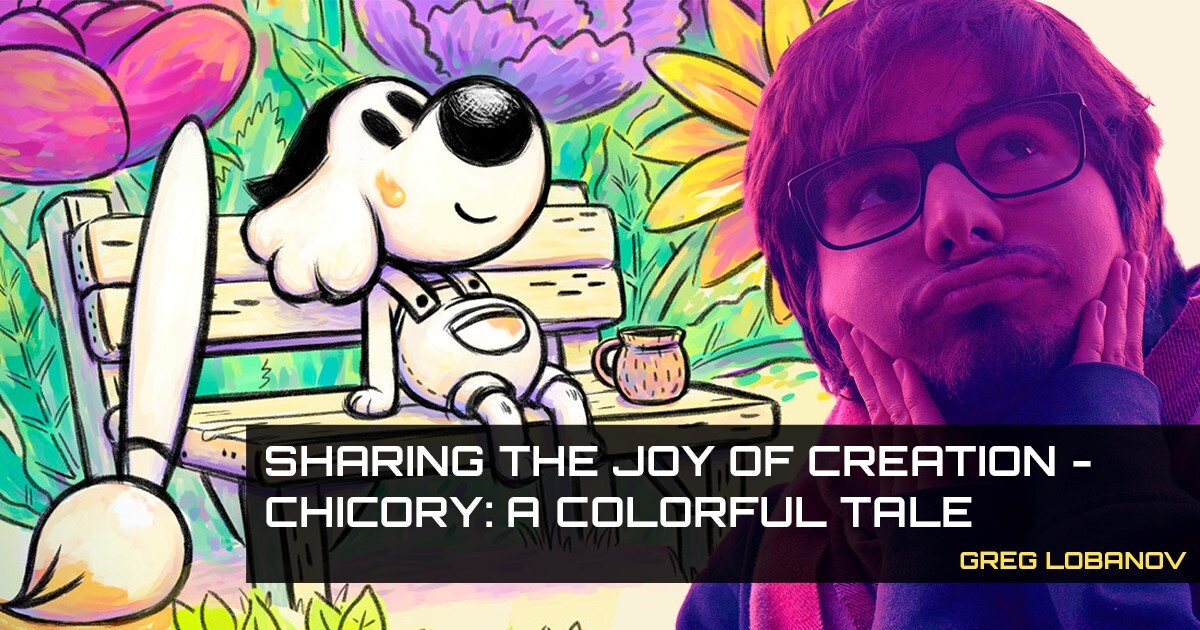 Greg Lobanov is a well-known figure in the GameMaker community. His most recent game Chicory: A Colorful Tale, received a Game Awards nomination for the Game for Impact 2021. We had a delightful chat with Greg about his feelings about the nomination, history with GameMaker, plans for the future and his opinion on Hawaiian pizza .

Did you find out about the nomination Chicory: A Colorful Tale received from the Game Awards at the same time as the rest of us?

It wasn’t the biggest surprise, because our team was told by the Game Awards people to save the date. It doesn’t always mean you’ll be nominated, but I think we were being prepared for the nomination.

Are you used to getting to this sort of recognition?

I still haven’t processed it fully. The Game Awards are a different type of thing than what we are used to. We’ve been to the Indie Games Festival and all those other amazing gaming events, but Game Awards is on another level.

It is, and it feels strange to be a part of it because I don’t see my games that way. I’m not sure if Chicory fits with all the other projects featured in the Game Awards, but it feels nice to be recognized by the cool kids of the industry!

The player character of Chicory is depicted as a dog. Do you have a dog yourself?

Yes, Kiki. She’s a rescue from India. A very sweet, smart and sneaky dog - she loves to steal stuff! 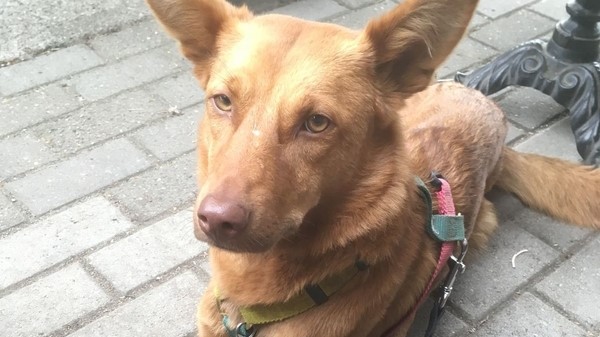 Let’s pause and go back to the very beginning. How did your career in game development start?

I really love making and learning how to make games. It was always a thing I was doing for fun any time I had a spare moment. I spent many years as a hobbyist before becoming a professional. I had big ambitions to make RPGs and stuff that I would try and fail to make. In 2008 I finished my first game, Assassin Blue. It was a fifteen-year old’s first platforming adventure game, so it was pretty dorky - you know, a platformer guy with a sword type of a game.

Was it difficult to make a living as an indie game developer?

I always worked in small teams or just by myself, so I didn’t need to sell a million copies just to make rent. I was making a lot of commercial games, but they were always very, very small or had a mixed reception. One of my very first commercial projects was Pollushot, a mobile game designed with the iPhone version of GameMaker back in 2011. The title might be horrible, but the game itself was great

Many people know you first and foremost as the developer behind Wandersong. Do you consider it your first big success?

Wandersong changed my position in the industry - before it I was a nobody, making games for maybe hundred or so people. It was a huge jump in visibility for my work and myself. 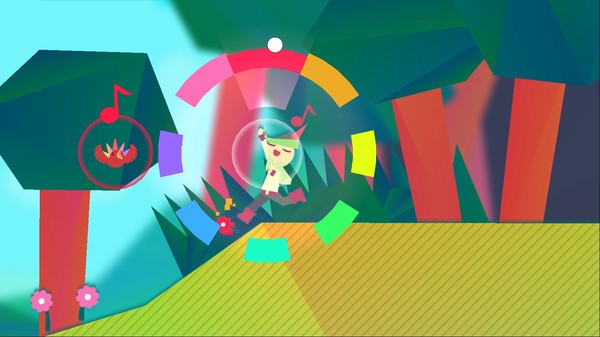 How does GameMaker fit into all that?

I first got GameMaker in 2005, when I was 13. Back then I was drawing Someplace Else, a webcomic, and was interested in making a game based on it. I Googled “game making” and that’s how I found GameMaker.

Were you thinking of switching to another engine?

Though I now know enough to try other gaming engines, I really like the way GameMaker is designed. Now that I've been using it for more than 15 years my brain has become “GameMaker-shaped”. It’s very natural for me to sit down and start using it.

What did GameMaker help you with the most at the beginning of your career?

I’m impressed with how well GameMaker scales when you start out - from knowing nothing to getting familiar with it. When I was starting out, the biggest help was the fact that it didn’t require programming. I never thought of myself as having a technical brain and the idea of making a game was so daunting! However, GameMaker looked like something I could learn, so I got into it, and with time even learned how to program. I still like GameMaker today, as a full time developer, just because it has all the tools I need to make the games. 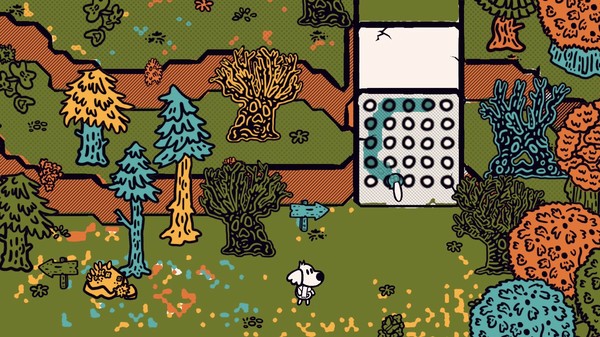 Chicory: A Colorful Tale, available on Steam and PlayStation Store

Was there something GameMaker was not able to provide?

While working with a sound designer on Wandersong, I started to notice all the things that GameMaker’s audio editor lacks. All other features were effortless to use, but I really had to work hard on the audio. It hasn’t been a deal-breaker yet, though!

Games for Impact category, to which Chicory was nominated, is meant for games that are "thought-provoking" and have a "pro-social meaning or message". What is the message you want Chicory to tell?

There are two types of messages, depending on who the person playing is. One big message is that everyone can be an artist. I love making things and wanted to share the joy of creating with everyone. The other message is that you don’t have to be an artist. There’s a lot of downsides to working in creative fields, and I always wanted to make a game that would touch upon the issues of burnout, depression or feeling challenged by a career that doesn’t always feel rewarding, compared to what it takes from you.

Do you think games are a good medium for pro-social messages?

I go back and forth on this! We all grew up watching movies and reading books. There are certain stories that are fit only to specific types of media. Games are able to tell the stories that you could not otherwise experience or even find in the traditional media.

While working on Chicory I was watching Keep Your Hands off Eizouken, which is a show about making an anime. I remember thinking how both Chicory and Eizouken are stories about creativity, but the show can do so many things that a game simply can’t and vice versa. While you can relate to the protagonists of Eizouken, at the end of the day it’s the story of their creative journey. The way I tell the same story in Chicory is vastly different, because the player takes an active role in the process of creation. 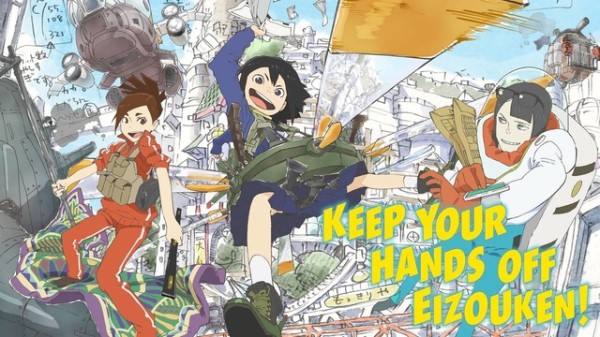 Who is Chicory meant for?

It depends whether the player relates more to the player character or Chicory. Are you someone who loves to draw, but isn’t into gaming? Or someone who loves games, but doesn’t think of themselves as an artist? I wanted to make a fun game that would get people to want to be creative again.

What’s your favorite thing about Chicory?

My favorite thing about Chicory is all the ways people enjoy it! Whenever we watch someone play it I feel like I’m always seeing a different game. No matter what the players want to get out of it they always seem to be having a good time. If someone wants a Zelda-style adventure game with puzzle-solving, action and storytelling they can get that! You can also spend a lot of time relaxing in this world - drawing, talking to different characters and collecting things. It was hard to achieve this balance and I’m proud we managed to. 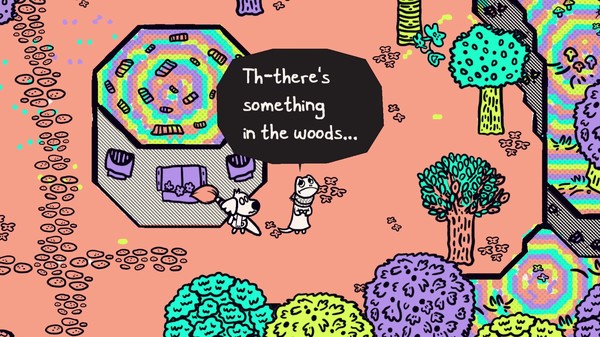 Chicory: A Colorful Tale, available on Steam and PlayStation Store

Is there something you think you could’ve done better or wish you could change about Chicory?

I’m happy with what we managed to achieve with Chicory, but I still think of all the things I couldn’t do! There were many ways we could’ve done things, but they weren’t necessarily better, just different. At one point we had to step back, because it felt like the story was getting too dark. While it was a good decision, a part of me wonders about how the alternate version of Chicory could look like.

How do you respond to the criticism of your game being “too heavy” or “too political”?

We knew some people would criticize Chicory for its subject matter. When you’re telling a very personal story there’s no way to communicate it in a way that will resonate with everyone. Everybody who’s been working on this game is in the creative field, and has their own story of dealing with the problems connected to it. For this game to feel genuine we had to talk about our experiences, but we understood that not everyone was going to love it. If anything, I was expecting more criticism!

Was there ever a game that changed or impacted your life with its message?

I was very moved by Undertale and its message of pacifism… And EarthBound! I have to bring up EarthBound, it’s one of my favorite games of all time. I played it as a kid, so it has a really special place in my heart. It has so much to say about making the world a better place and people’s power to change things. 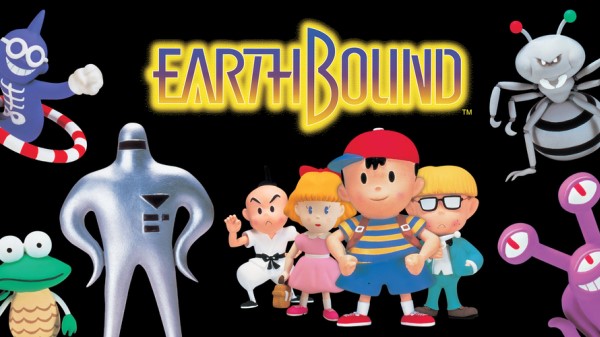 The player character of Chicory is meant to be named after the player’s favorite food, with the default name being Pizza. Is pizza really your favorite?

No, actually my favorite food is curry! We picked pizza because it's the most popular food in the world.

What’s your stance on Hawaiian pizza?

Any plans for the future you want to share?

I’m thinking about doing something completely different from Chicory and exploring new directions. I spent two years working on it and I’m ready to put it away for a bit and do other things.